CALL US FIND US
You Are Here: Home > Manufacturer Information > How to Pronounce Porsche

How to Pronounce Porsche

How do you pronounce Porsche? While the pronunciation of Porsche hasn’t exactly baffled linguists, it can be easy to get wrong. There’s plenty of evidence of that around Lakeway and Round Rock, but how do you say Porsche? One of the most common pronunciations we hear is “Porshh.” While this is close, it’s not quite right.  In its proper form, “Porsche” is actually a two-syllable word, simply pronounced, “Por-shuh.” Take a closer look into the fabric of Porsche with our model research guides prepared by the experts at Porsche Austin.

Now that the burning question, “How is Porsche pronounced?” is out of the way, let’s look more closely at its brilliant history. The Porsche brand was first born in 1948, a luxury born from extensive modifications on existing Volkswagen parts. Within a few months, the first Porsche model made its stunning debut. Around 1950, the notable classic Porsche 356 series began production and took the world by storm. Read on for more other historical milestones of the Porsche brand:

Your Porsche Dealer in Austin

While there is nothing that can match the performance, speed, and impeccable style of the Porsche, we do our best here at Porsche Austin. From our specialized service center to our numbers experts in the finance department, located just outside of Bee Cave, our attention to detail and streamlined service is built just for you. Search through some of your favorite Tequipment accessories to personalize your Porsche, then we invite you to explore our customer testimonials to see how we measure up against the lux and refinement of the Porsche range.

While you can rest worry-free now that you know how to pronounce Porsche, Porsche drivers in the Lago Vista area can be certain of our experts at Austin for everything Porsche. Stop by our showroom in Porsche Austin today to see the historied Porsche lineup, or contact us directly online. 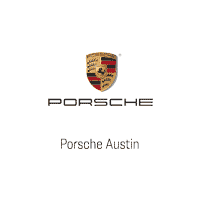